Let’s look at the most enviable bachelors of America! Drake, Zac Efron, Leonardo Di Caprio and Justin Bieber are revealing their houses!

The fame, the boundless love of the multi-million army of fans, the constant mentions in media are the assets of the famous Hollywood bachelors. But in fact, women who obtain the most enviable grooms of the planet, also get their huge mansions and other goodies. GirlTrendy invites you to see how they live and where they invite their future significant others.

Open each page – don’t miss anything!

Unlike the ex of Jennifer Lopez, Casper Smart, whom the singer had to pay for, the new boyfriend of the 48-year-old singer himself can demonstrate a considerable wealth. In particular, the 31-year-old Drake has a house in the prestigious district of Los Angeles, Hidden-Hills, which he bought in 2012 for $7.7 million. On the territory of 6.9 hectares there is a seven-bedroom mansion with 9 bathrooms, a game-room, a 24-seat cinema, a spa and a wine cellar, a pool with a waterfall and a grotto where the musician likes to party with his friends, tennis court, volleyball court and stables for 5 horses with a special arena. 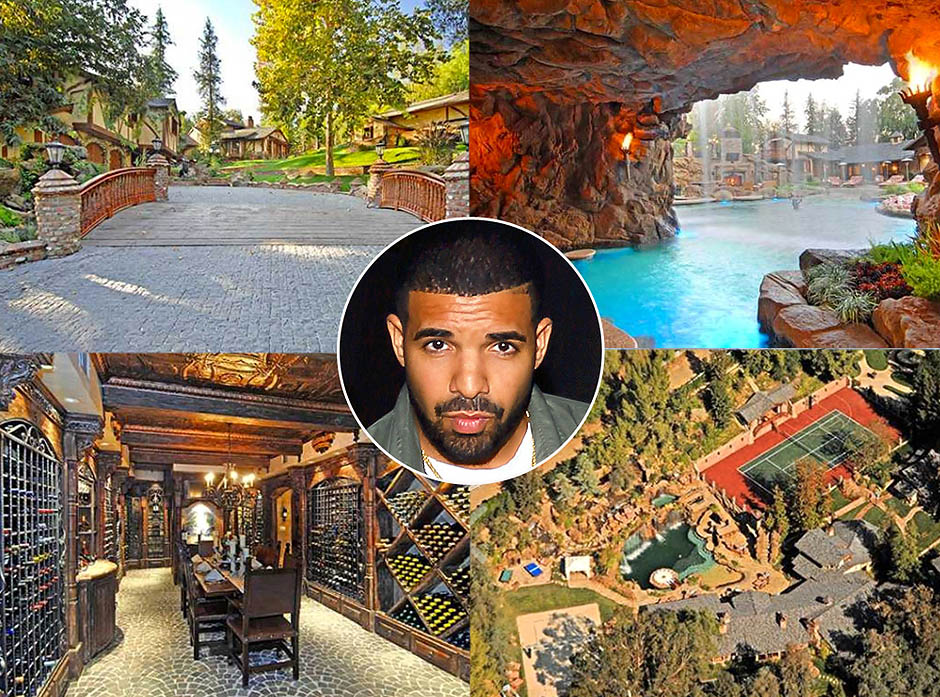